The Hotel-Residence Klosterpforte is situated in a romantic spot directly in front of the gates of an 800-year-old monastery. The monastery in Marienfeld, once founded by Cistercian monks, soon developed into the most significant Order of the Middle Ages in the north of Germany. Today, the church is a popular destination due to its precious art treasures and the calm and contemplative atmosphere.

Already in 1412 one of the monks made a drawing of the grounds of the monastery in Marienfeld. The layout, walls and individual buildings have not changed much since. The monastery church was built in the time from 1185 to 1222 and is now used as a parish church. It is the first church in Westphalia built of bricks. More than 400 years later the adjacent abbey building was added where numerous conferences and events take place today.

The hotel is named after the large stone gate at the entrance. The former Klosterpforte (monastery gate) is meanwhile the main entrance to the premises. Starting as a small guesthouse with ten hotel rooms, today it is a huge hotel complex covering 180,000 square meters leaving nothing to be desired.

In our chronicle you can see historic pictures of the Klosterpforte (monastery gate) and the development of the area up to the present day. 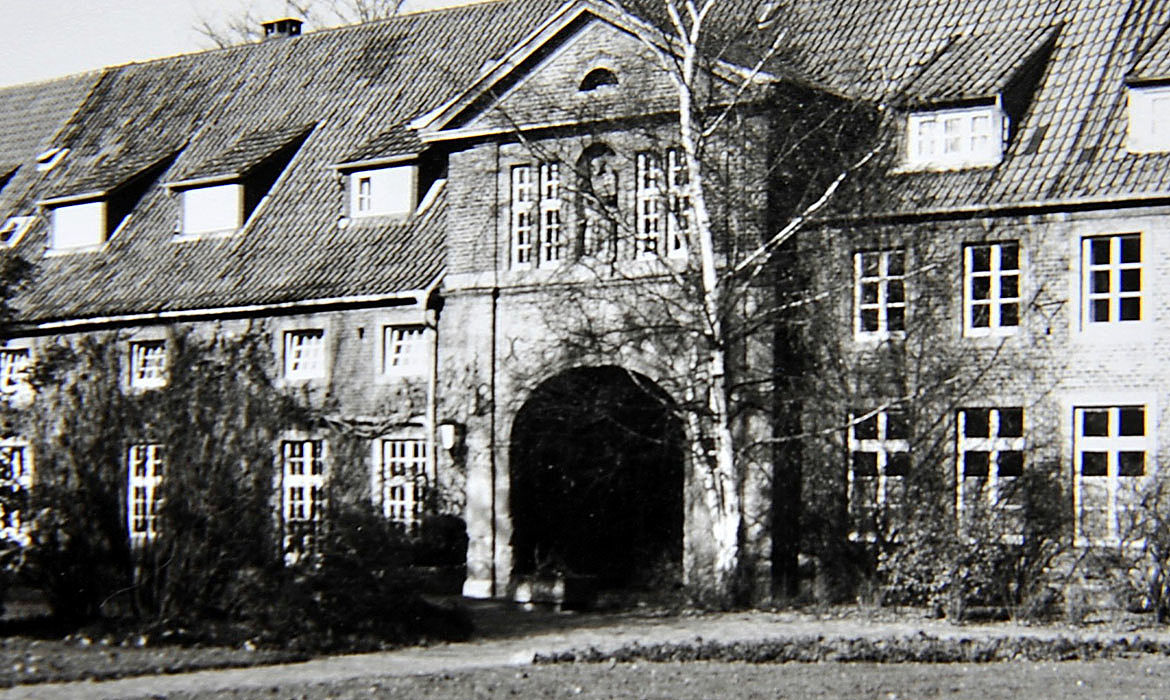 The family of Anneliese Austermann (later Frie) purchases the Klosterpforte by auction – on the same day business at the guesthouse begins. 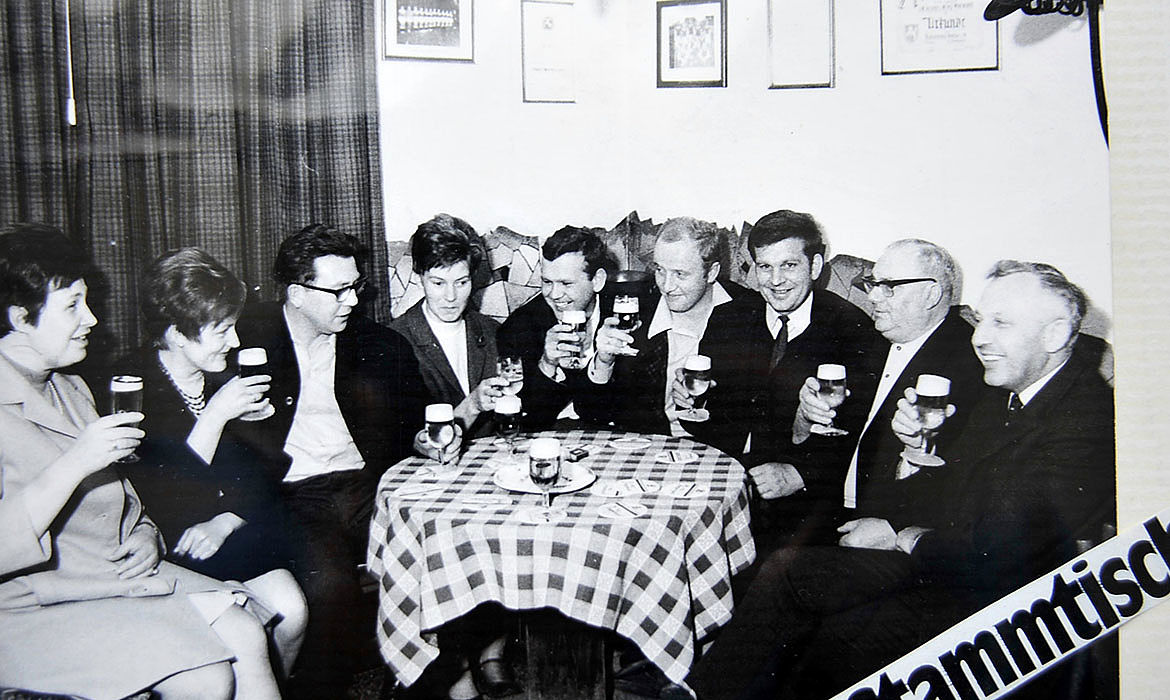 After marrying Anneliese Frie, Reinhold Frie senior joins the business and lays the foundations for the Hotel Residence Klosterpforte as it is today. In the next few decades the Klosterpforte becomes the local bar for numerous local shooting clubs and sports clubs. The reputation of the small hotel rapidly establishes itself and word of the good Westphalian cuisine, the friendliness of the two innkeepers and the cosiness of the Klosterpforte spreads. 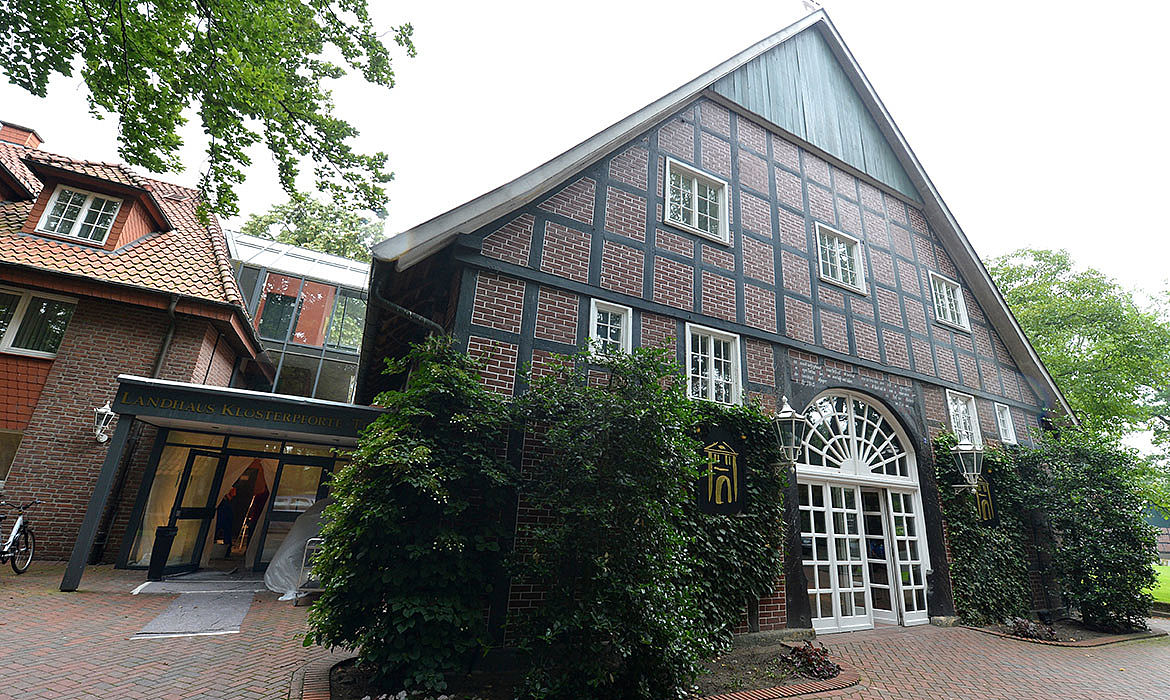 The Frie family buys the Meier-Viehmeyer-Hof including the premises on which the pitches, the sports hotel 11 and also the country house now stand. 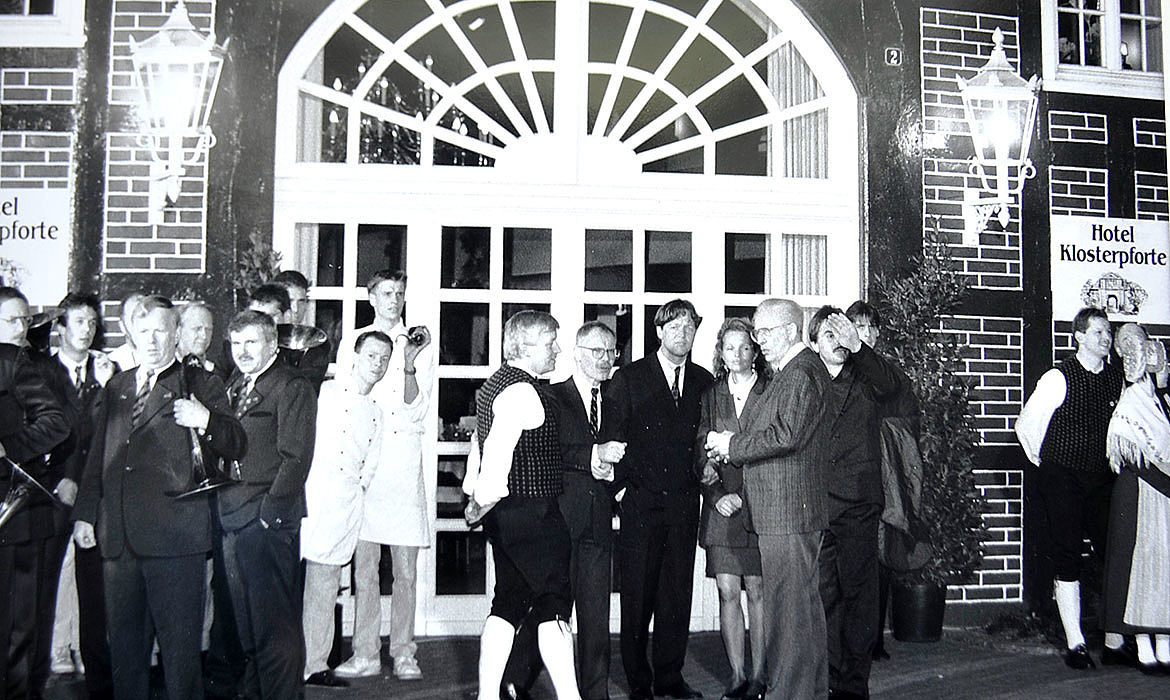 After a thorough refurbishment the first event takes place in the barn. 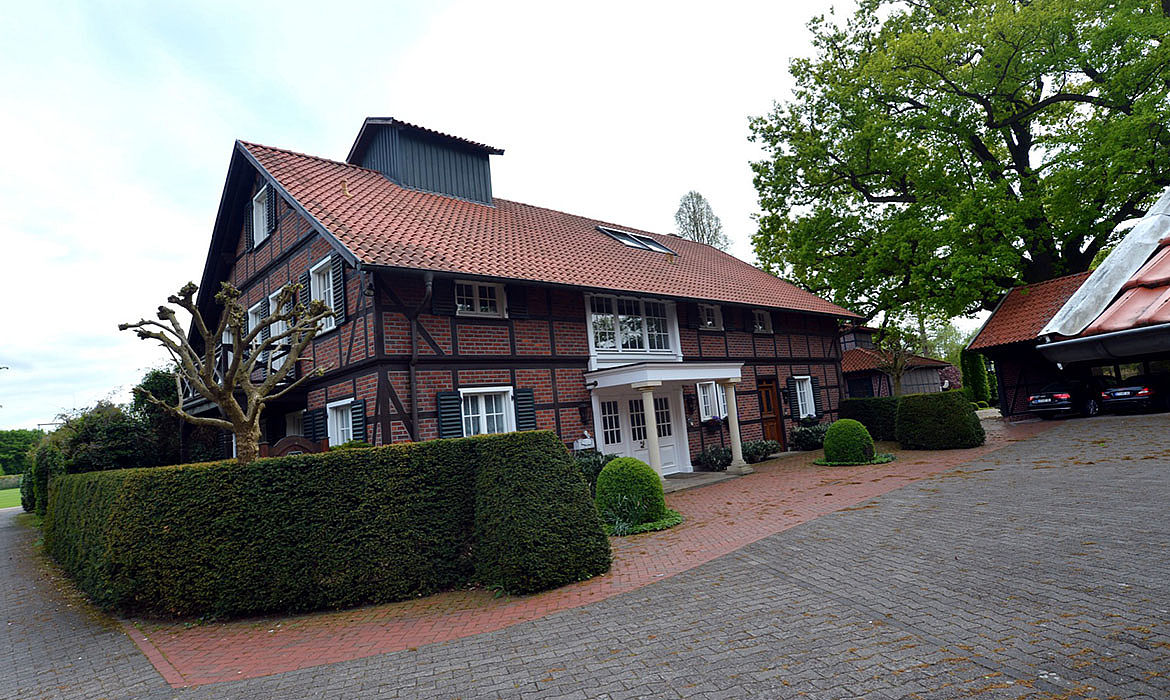 The former pigsty on the courtyard is turned into a residential building for Reinhold and Barbara Frie. 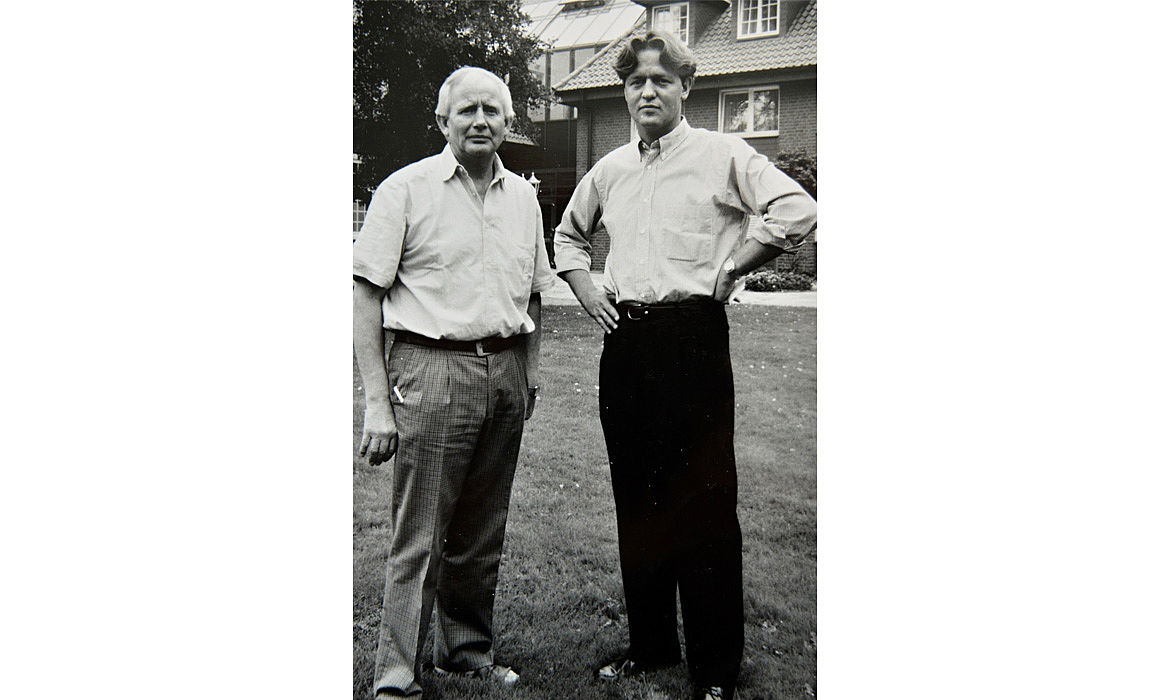 Reinhold Frie senior passes the management of the Klosterpforte on to his son Reinhold Frie junior. After completing his training as a chef and hotel manager he takes over the hotel business. 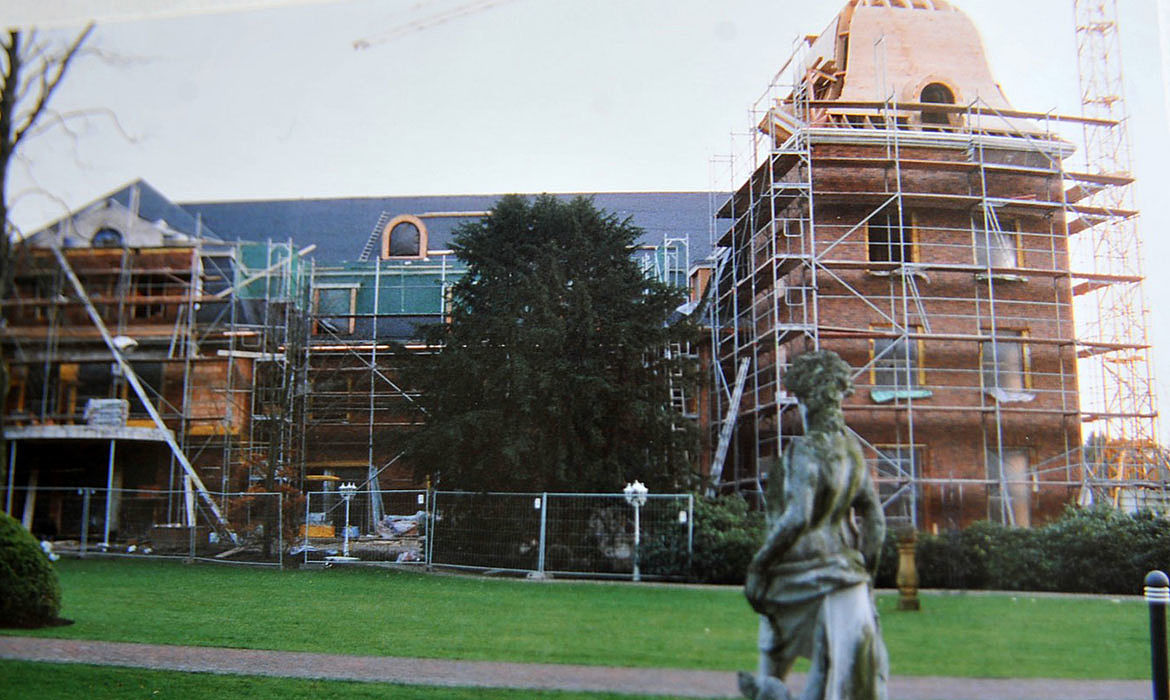 The old hotel building undergoes fundamental refurbishing. It its place a new building complex is built including a large wellness area with a sauna, swimming pool, hotel rooms as well as business and conference rooms. Even the main entrances and reception are newly designed. Today, the “Tower” of the new building is one of the landmarks of the hotel. 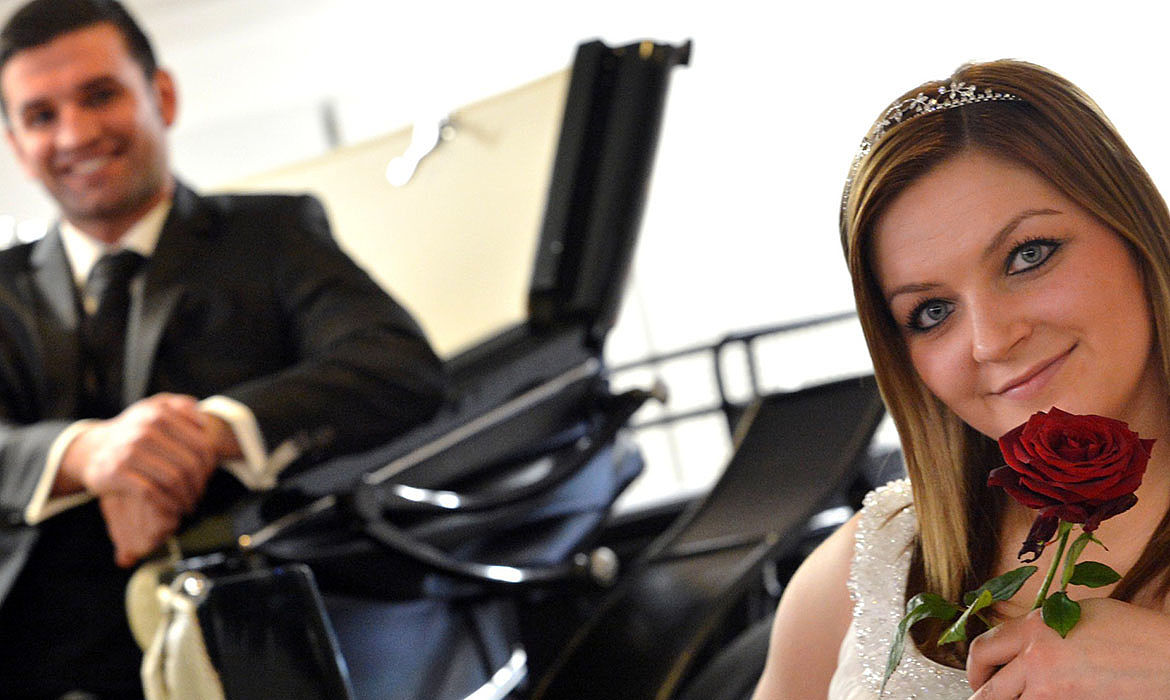 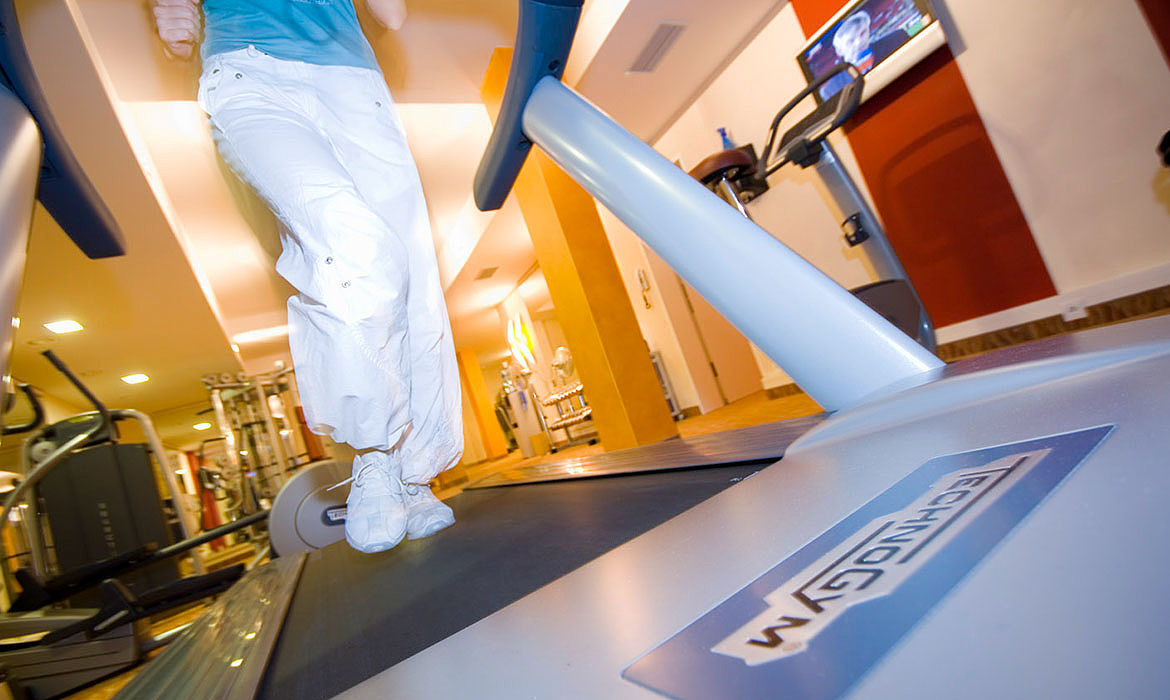 The Klosterhof is refurbished. A physiotherapy and wellness centre is built. 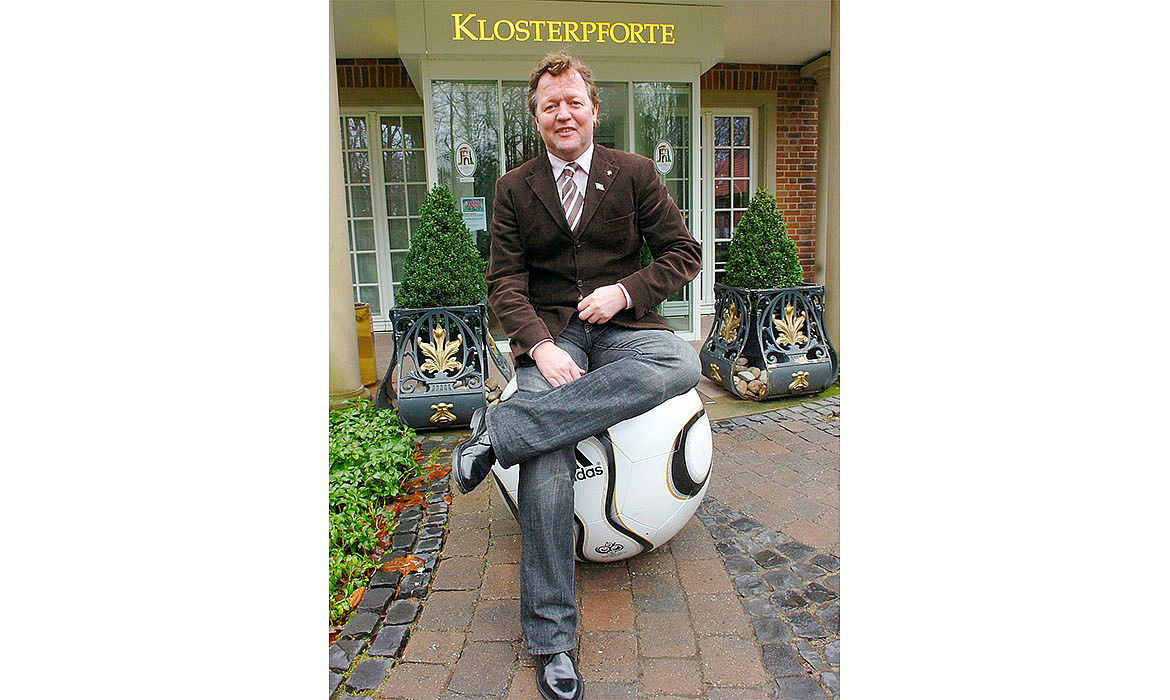 The Hotel-Residence Klosterpforte is the official FIFA World Cup lodging. 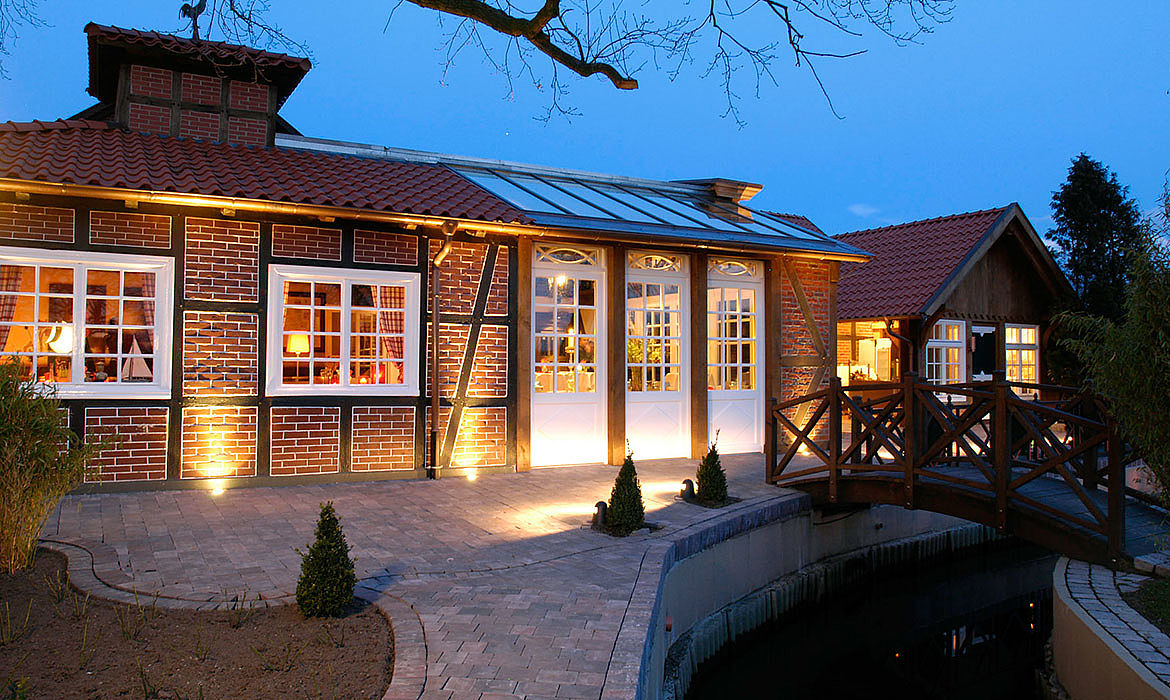 The lakeside fishing hut now also belongs to the building complex of the Klosterpforte. In close coordination with the Office for Conservation of Historical Monuments in Münster the little half-timbered house is refurbished and given a decorative beamed roof construction. Nowadays it is used for smaller celebrations and weddings directly next to the lake. 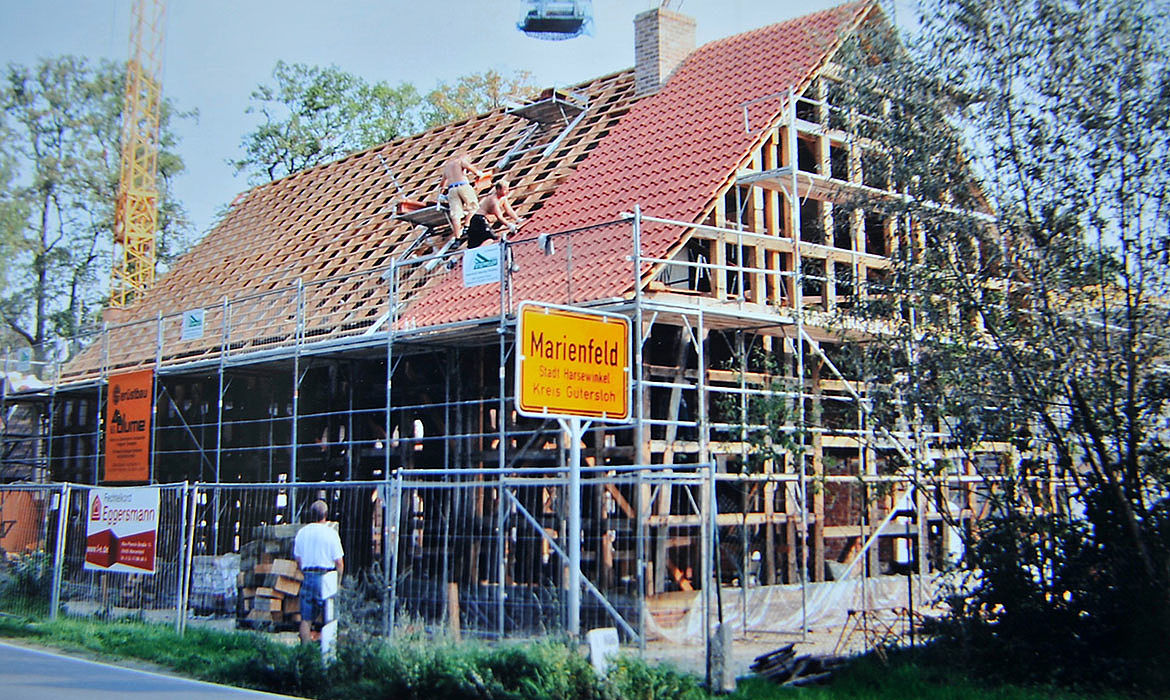 The Rincklakehaus celebrates its roofing ceremony. The house, which is protected as a historic monument, was removed from its original place and erected on the Klosterpforte grounds. For this purpose it was disassembled in thousands of individual parts and put together again like a jigsaw puzzle where it stands today. At the same time the building was thoroughly refurbished. 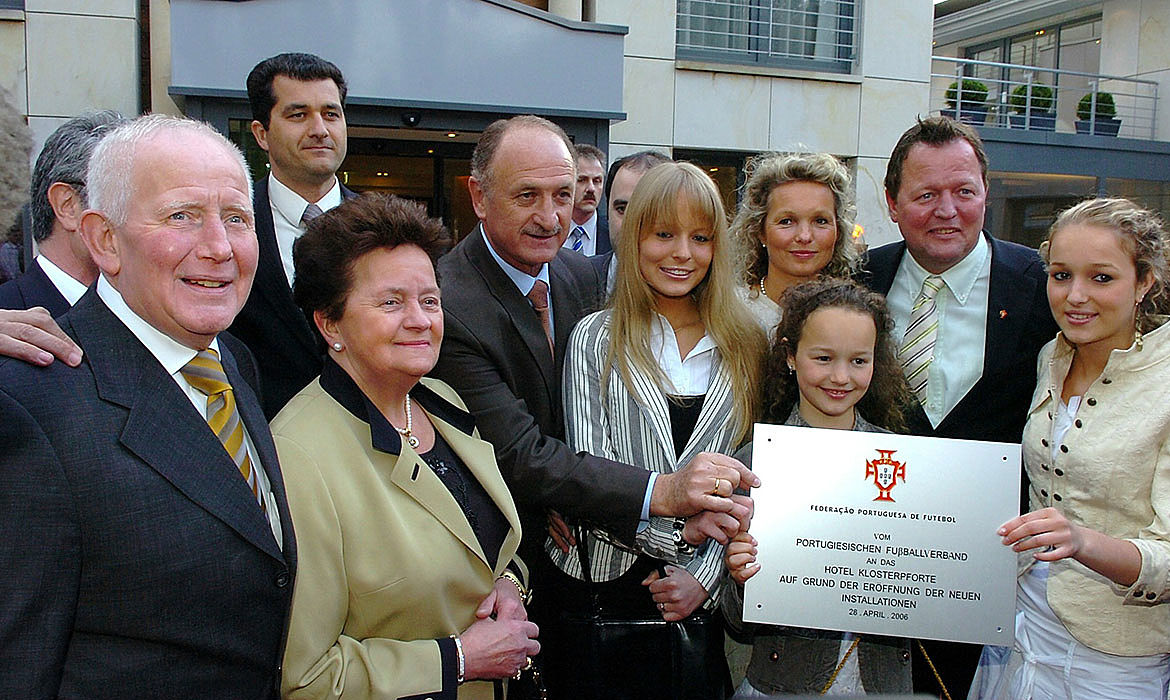 The sports hotel 11 is ceremonially opened. The hotel offers optimal conditions for sportsmen and sportswomen. Apart from a sauna, ice cube bath, steam bath, fitness room and the possibility to have physiotherapy sessions the sports hotel also has a swimming pond. 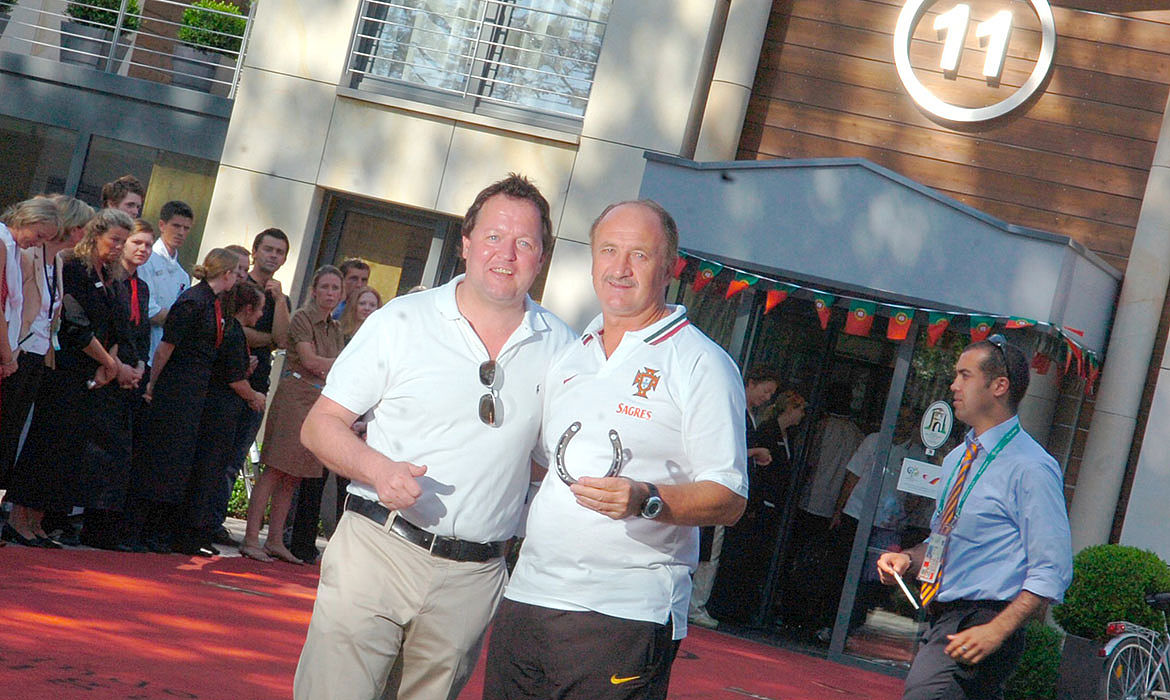 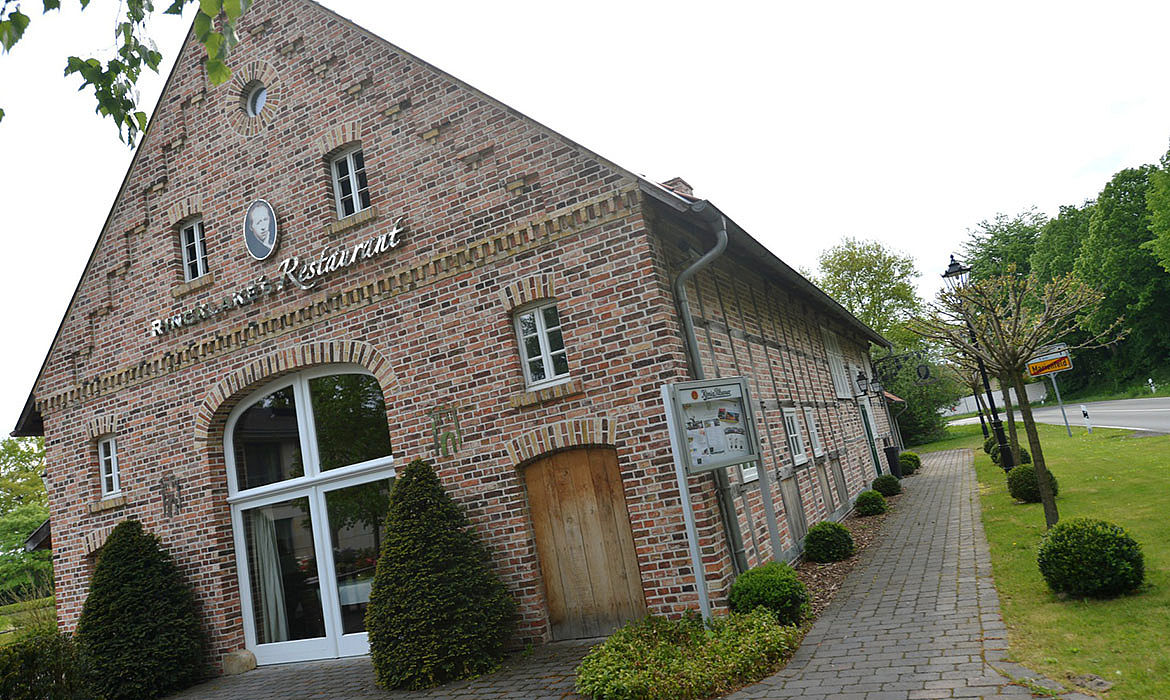 The Rincklake restaurant is officially opened. 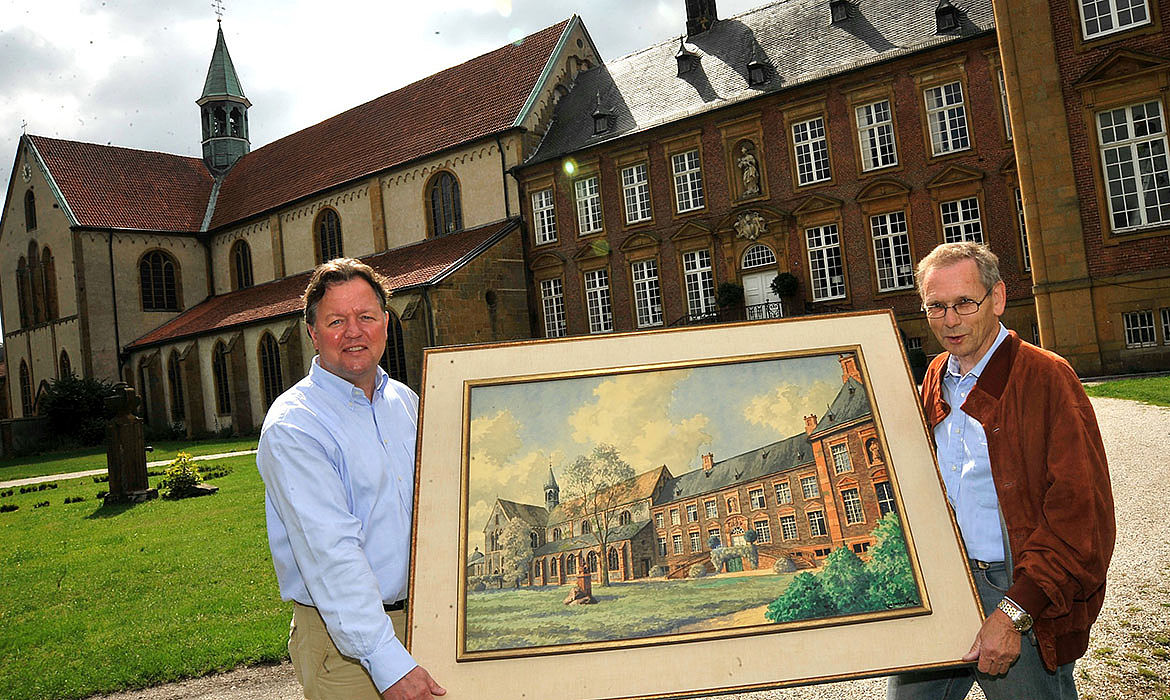 A special day in the history of the hotel. Reinhold Frie junior purchases the abbey building right next to the monastery church. The building protected as a historic monument with an area of more than 400 square metres is refurbished from scratch. 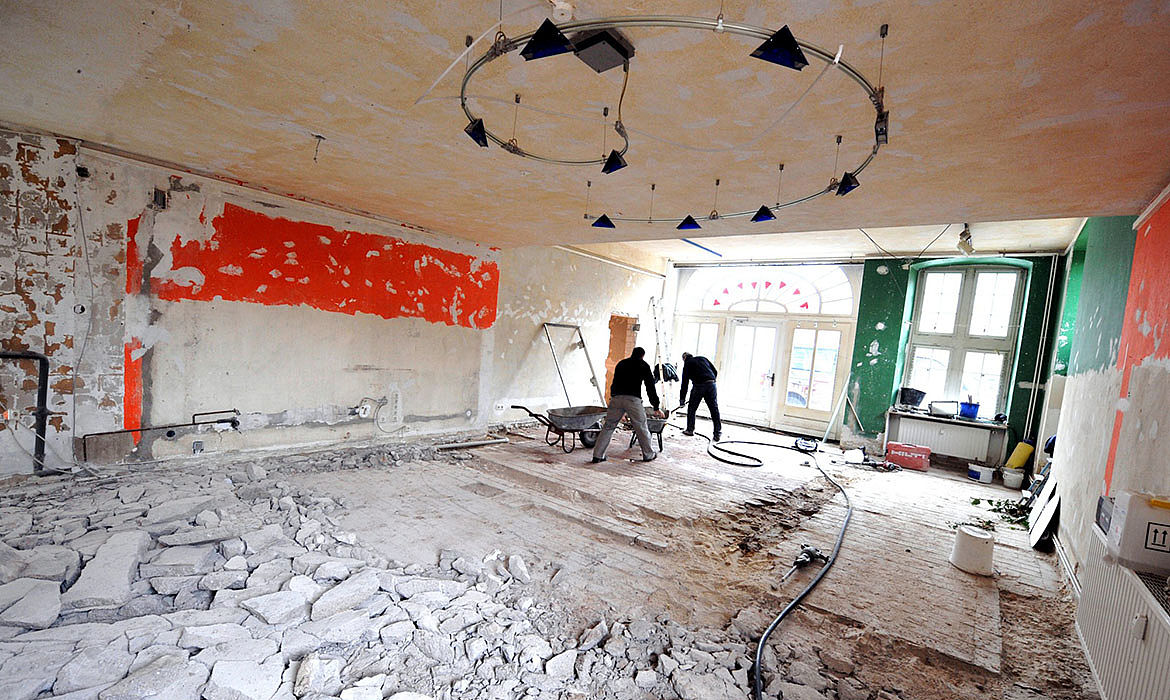 Opening of the KlosterCafé (formerly Glascafé) after comprehensive refurbishing and renovation. 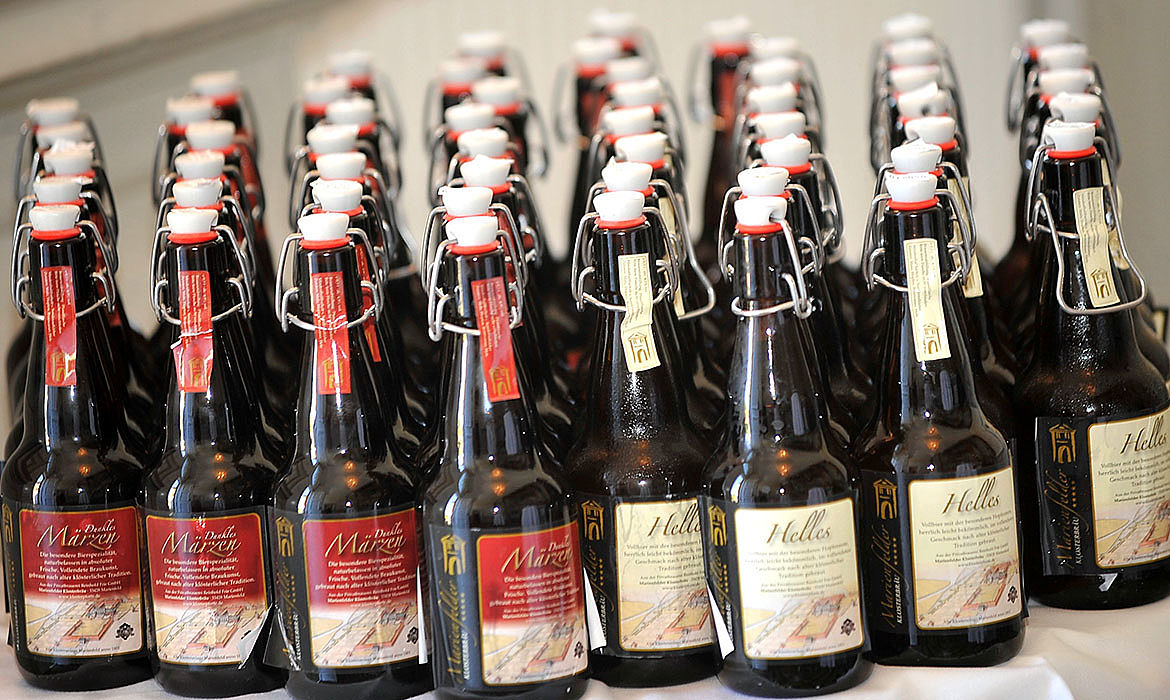 Cheers! In the refurbished abbey cellar the first home-brewed monastery beer is tapped. 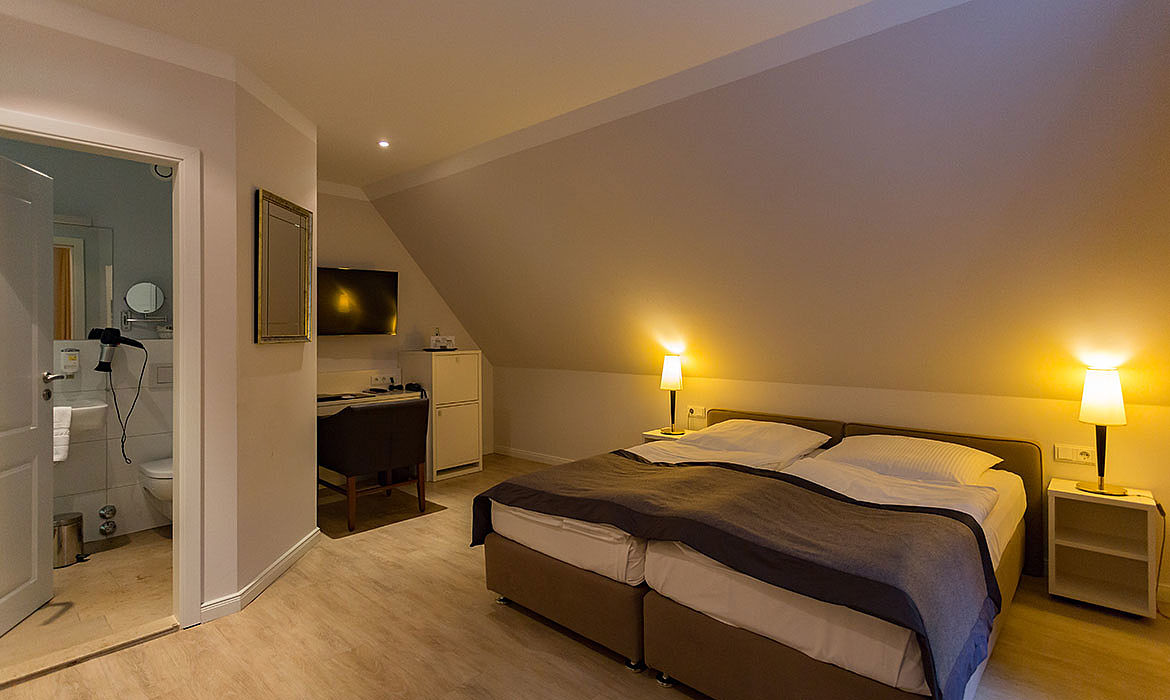 During the entire year 90 hotel rooms are thoroughly refurbished and modernised. 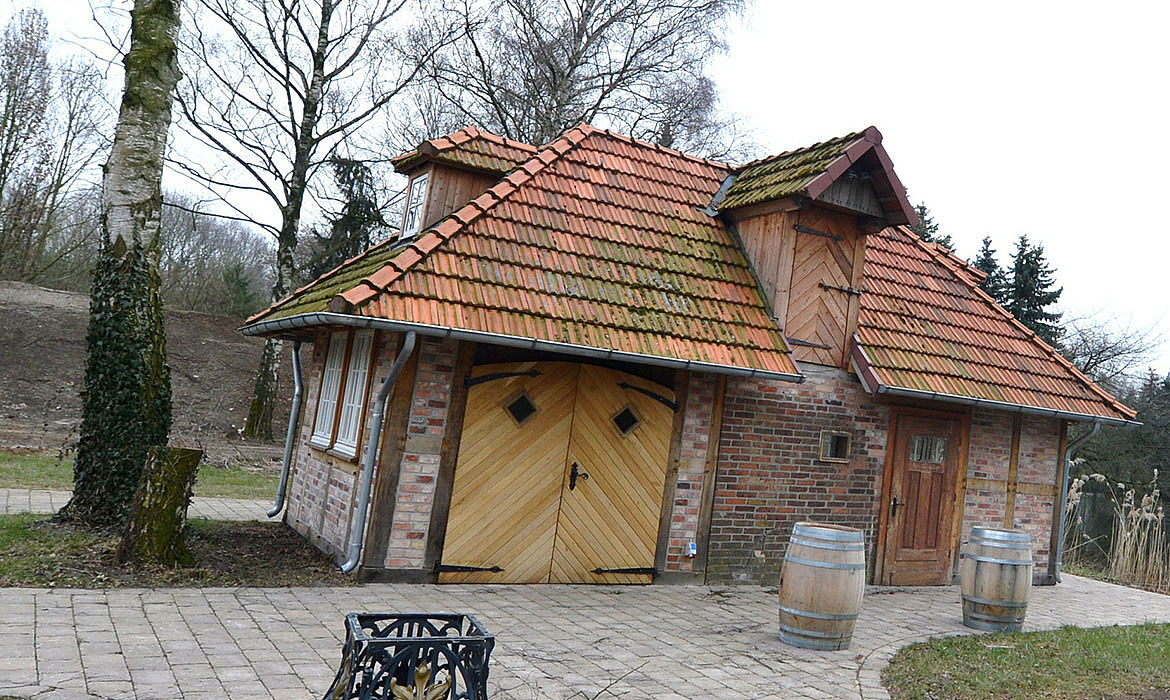 The old horse stables behind the abbey are refurbished and are now known as the “lakeside house”, a place to rest and enjoy the wonderful view of the countryside. 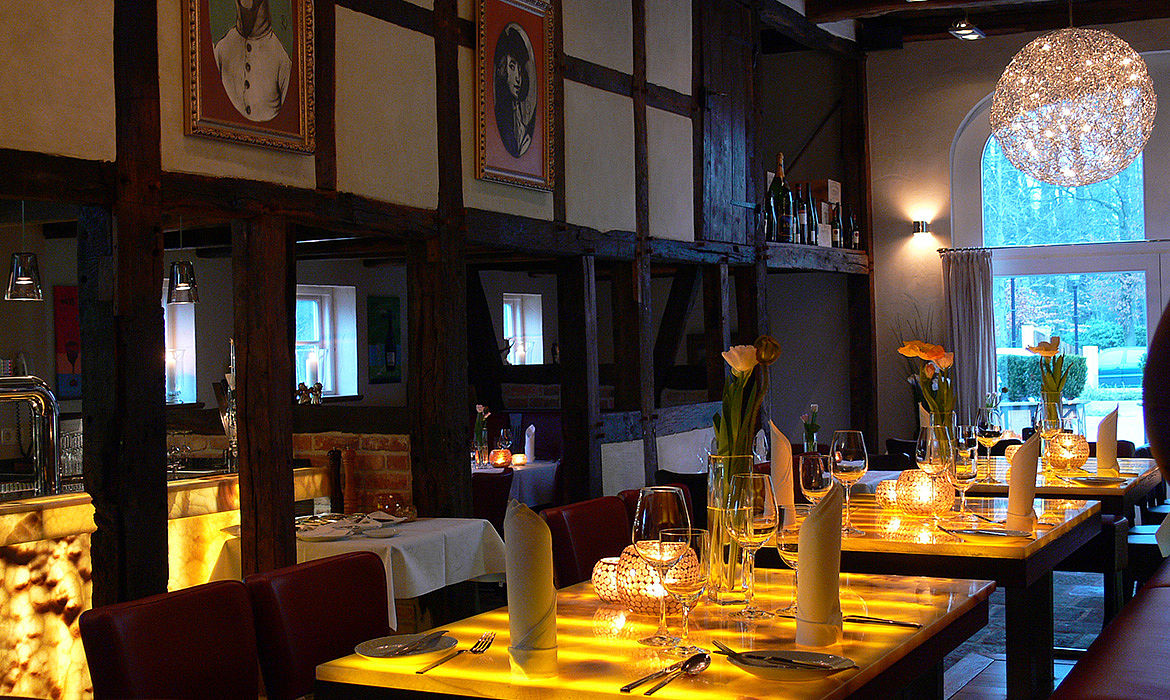 The Klosterpforte now has its own star chef. Patrick Speck is awarded his first Michelin star and turns Rincklage’s kitchen into a gourmet restaurant. 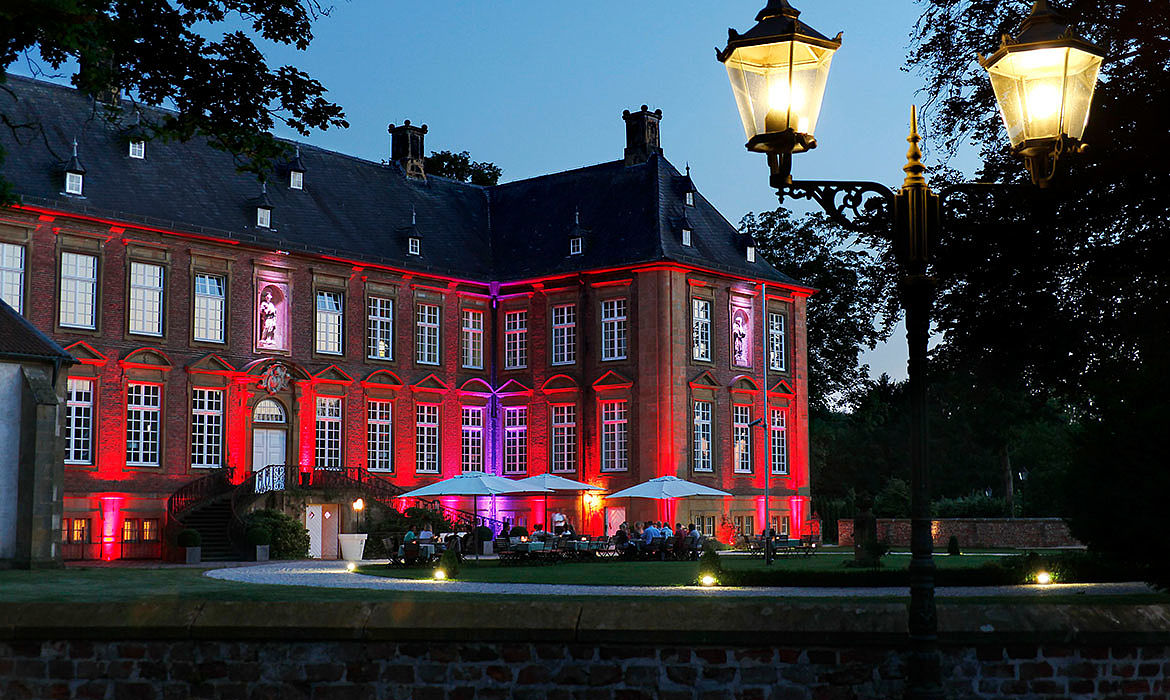 After 7 years of construction work the refurbishing of the old abbey is completed. 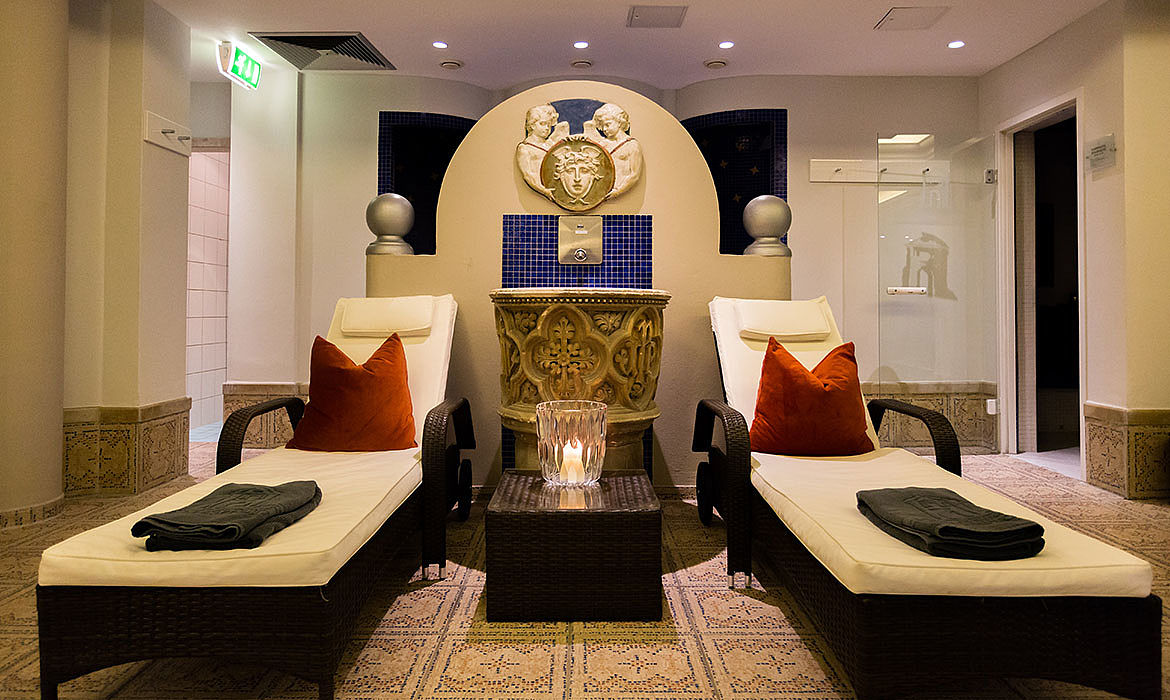 The wellness area is thoroughly refurbished. 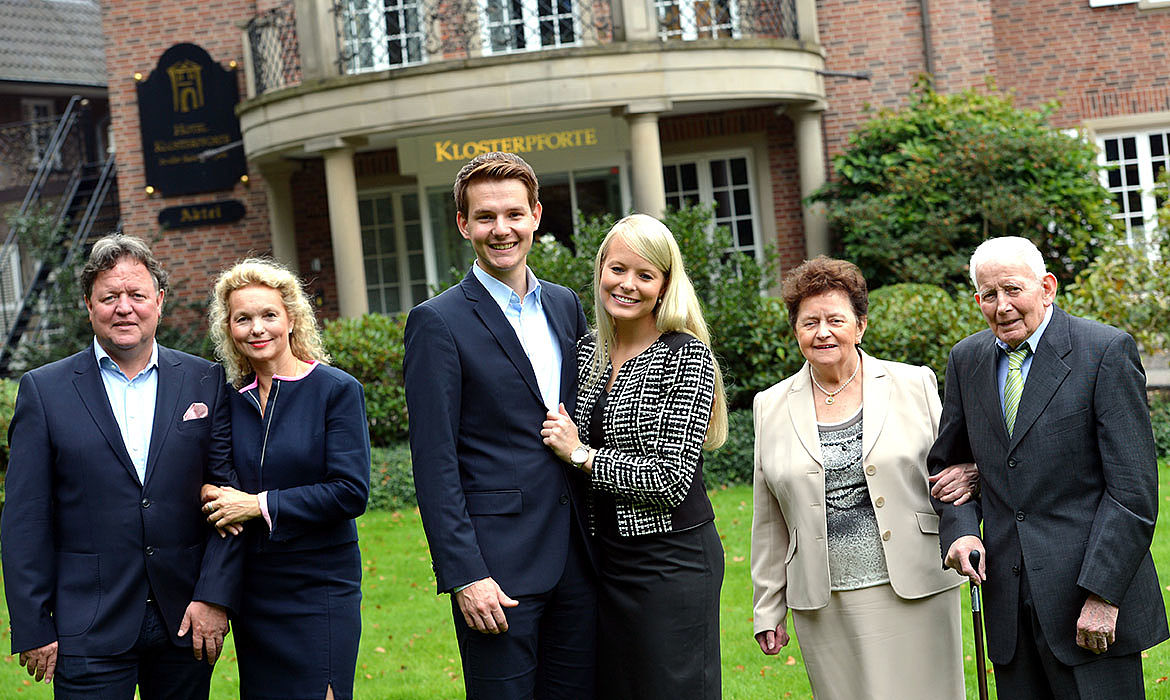 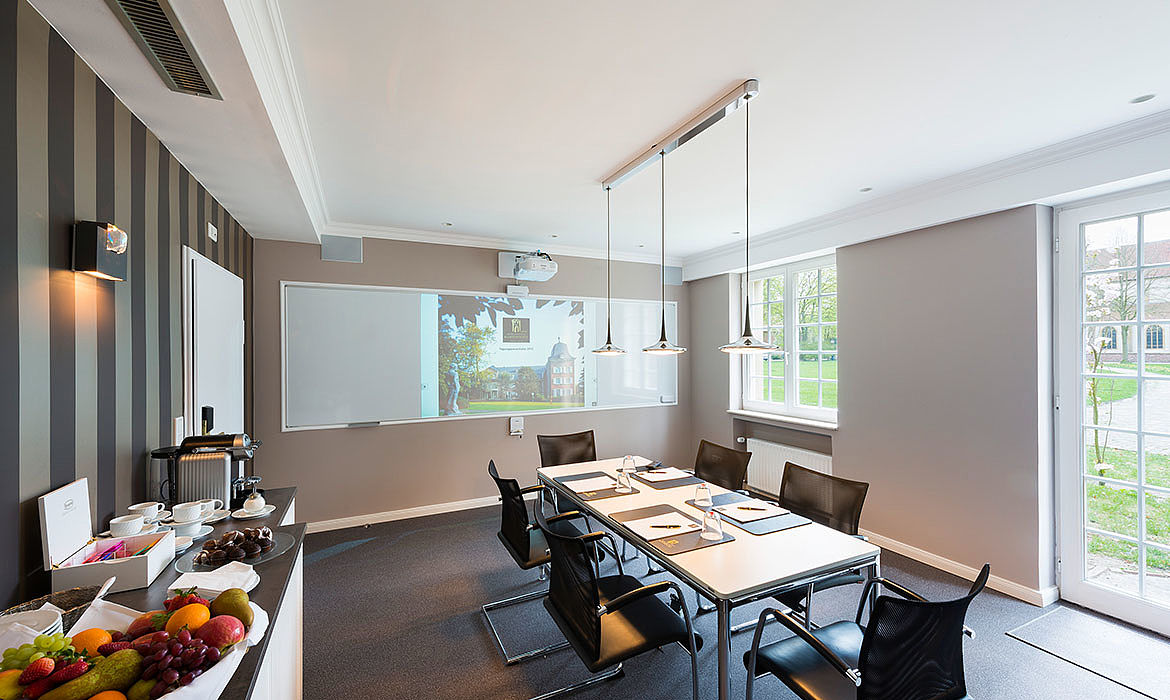 The conference centre with its four conference rooms is refurbished and equipped with the latest technology. 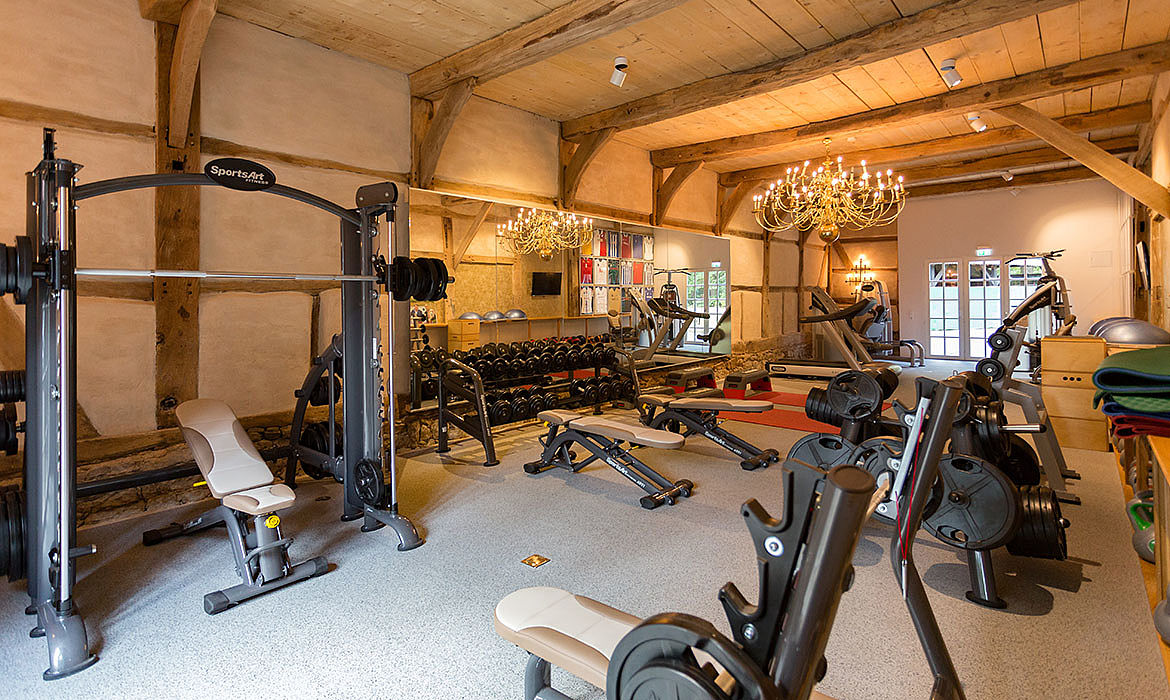 The new fitness barn is opened. A modern fitness studio of 100 square metres is available to guests in a barn, which is protected as a historic monument.